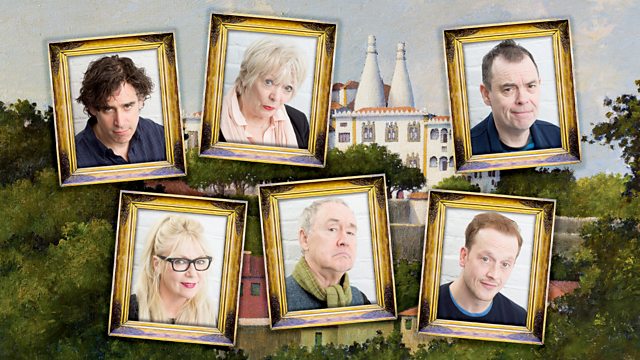 Byron and the Curse of Sintra

Holed up in Sintra, hiding from jealous Venetian husbands and waiting for more funds from England, Lord Byron is determined to resist the promptings of Venus for a month at least.

Lord Byron is holed up in a ramshackle guesthouse in Sintra, Portugal, hiding from jealous Venetian husbands and waiting for more funds to arrive from England. He is determined to live frugally and resist the promptings of Venus for a month at least.

His impertinent Australian valet Collins is his only companion - until he meets an Englishman, young Lord Squeaky and his buxom but irritating sister Melinda. Byron's mathematician ex-wife turns up, intent on escorting him back to England and having a hole bored in his head (a contemporary treatment for errant husbands deemed to be insane).

While fending off his ex at every turn, Byron cultivates the acquaintance of the Squeakys and, through them, he is invited to the Royal Court, where he falls violently in love with the Infanta Elsanta. The Infanta Elsanta has a reputation for piety but Byron plans to rescue her from the dismal destiny of a nunnery by practicing his famous fascination techniques and ultimately eloping.

The Progress of the Soul of Lizzie Calvin