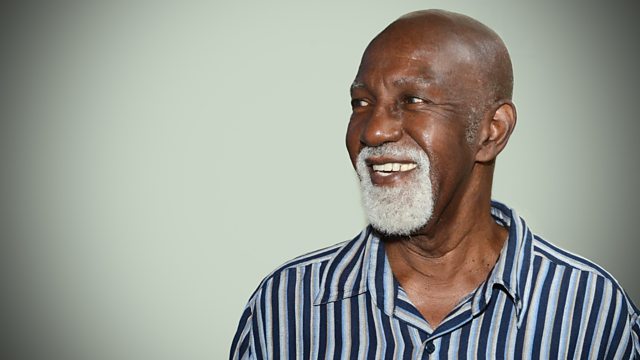 Mervyn Morris is Jamaica's first Poet Laureate since the country gained independence in 1962. As his tenure draws to a close, the poet reflects on his time in the role, and discusses his new collection, Peelin Orange, which is drawn from his writing over 50 years.

With the deciding round of the French presidential election this Sunday, cultural commentators Agnès Poirier and Andrew Hussey discuss the likely impact of a Macron or Le Pen win on the arts in France and whether culture is a political card to be played.

The Ferryman by William Stott of Oldham is on display for the first time today at Tate Britain having been acquired for the public. John Wilson looks at the painting with the curator Alison Smith who explains that it marks a pivotal moment in this country's art, the embrace of naturalism and progress towards impressionism - British impressionism.

Samantha Spiro as Barbara Windsor, Lost sculpture of the Festival of Britiain and a retro album from Danger Mouse

Mad Max: Fury Road in Black and Chrome is on limited release in cinemas now & available on DVD & download on 15 May

The Ferryman by William Stott of Oldham