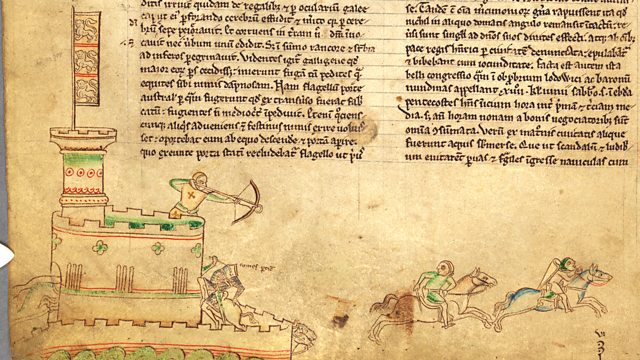 Melvyn Bragg and guests discuss the battle at Lincoln on 20th May 1217 between the forces of the boy-king Henry III, led by William Marshal, and supporters of Louis of France.

Melvyn Bragg and guests discuss The Battle of Lincoln on 20th May 1217, when two armies fought to keep, or to win, the English crown. This was a struggle between the Angevin and Capetian dynasties, one that followed Capetian successes over the Angevins in France. The forces of the new boy-king, Henry III, attacked those of Louis of France, the claimant backed by rebel Barons. Henry's regent, William Marshal, was almost seventy when he led the charge on Lincoln that day, and his victory confirmed his reputation as England's greatest knight. Louis sent to France for reinforcements but in August these, too, were defeated at sea, at the Battle of Sandwich. As part of the peace deal, Henry reissued Magna Carta, which King John had granted in 1215 but soon withdrawn, and Louis went home, leaving England's Anglo-French rulers more Anglo and less French than he had planned.

The image above is by Matthew Paris (c1200-1259) from his Chronica Majora (MS 16, f. 55v) and appears with the kind permission of the Master and Fellows of Corpus Christi College, Cambridge

The Egyptian Book of the Dead

Stephen Church at the University of East Anglia