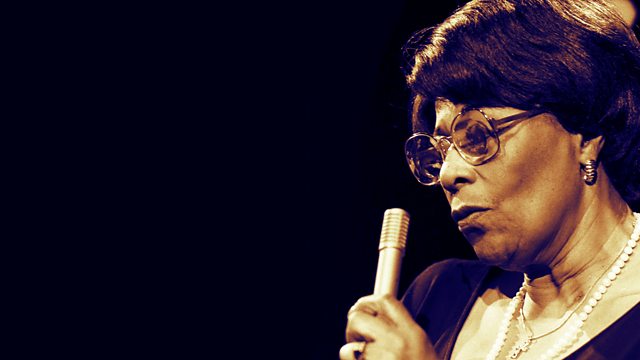 Singer and broadcaster Clare Teal celebrates the centenary of the greatest female singer of them all, Ella Fitzgerald. With guests Emma Kershaw, Louise Marshall and Mica Paris.

25th April 2017 is the 100th anniversary of the birth of the legendary singer Ella Fitzgerald. Friday Night Is Music Night presents a special tribute concert recorded at the Hackney Empire on Tuesday 11th April, starring Clare Teal, Mica Paris, Louise Marshall and Emma Kershaw with the BBC Concert Orchestra conducted by Richard Balcombe.
Amazingly, the greatest female jazz singer of the twentieth century started out wanting to be a dancer. She had no ambitions for her voice at all. But Fate, in the form of Ella's own nerves, took a hand. Having entered a talent competition as a dancer, she panicked when she saw the strength of the competition, and decided at the last minute not to dance, but to sing instead. Good decision. Ella won the contest and history was made. Tonight's concert will cover Ella's story from her earliest beginnings, working with band leader Chick Webb, to being introduced to the great producer Norman Granz and her extraordinary project with him recording the ground breaking Songbooks series. These classic albums, arranged by the likes of Nelson Riddle, Duke Ellington, Billy May, Paul Weston and Buddy Bregman featured the best songs of Cole Porter, Jerome Kern, The Gershwins, Harold Arlen, Johnny Mercer, Duke Ellington and Rodgers and Hart and wrote a new chapter in recording history. The 60 piece BBC Concert Orchestra, conducted by Richard Balcombe, will play these luscious arrangements, along with songs from her work with Louis Armstrong and Oscar Peterson. The concert will also premiere new arrangements of Ella classics by the country's leading jazz arranger for orchestra and big band, Guy Barker.

A night with Citizen Khan