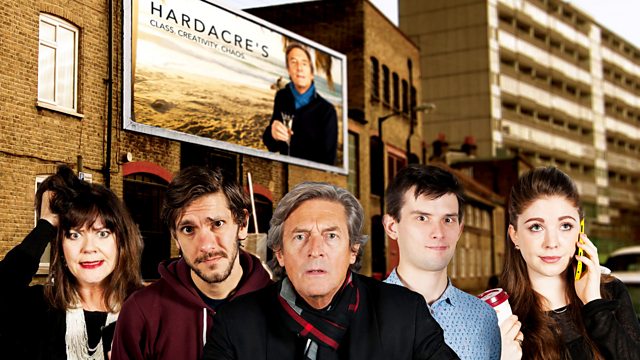 In a battle for survival, can London's worst advertising agency win their biggest contract? Stars Nigel Havers. From April 2017.

Things are looking up for Hardacre's, the worst advertising agency in London. They're pitching for the biggest account of their lives - the cutting edge new smartphone, the Cosmos X10.

It's the day of the big pitch and Hardacre, Joe, Teddy, Amanda, and Laura are waiting to be called in. They may be waiting rather a long time, in fact, as they appear to have turned up six hours early.

As the day unfolds and the wait continues, it emerges that some of the team may have something to hide. Is there more at stake than meets the eye? And what does it have to do with Charles Blackwell, Hardacre's oldest and dearest nemesis?

An Absolutely production for BBC Radio 4 first broadcast in April 2017.

Give a Man a Fish—Series 2

See all episodes from Reluctant Persuaders