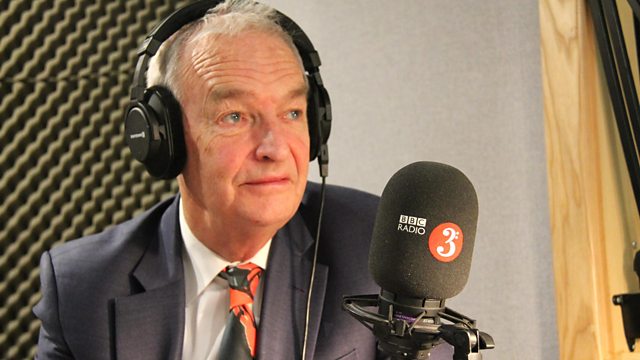 9.30am
Take part in today's musical challenge and identify the classical work that has influenced a piece of
pop music.

10am
Sarah's guest this week is the news journalist and presenter Jon Snow. Having cut his teeth as Washington Correspondent and then Diplomatic Editor at ITN, Jon became an anchor on Channel 4 News in 1989, a position he has held ever since. He is still active as a reporter and documentary-maker, and has covered major global events ranging from the release of Nelson Mandela and the fall of the Berlin Wall, to the inauguration of Barack Obama. As well as discussing his life's work, Jon shares his passion for classical music, choosing a selection of the works he's come to love, from his early years as a chorister at Winchester Cathedral, to the present day. Across the week we'll hear music by composers including Mahler, Howells, Max Richter and J.S. Bach.

10.30am
Music in Time: Renaissance
Today Sarah's exploring the work of French composer Jean Mouton. Today his reputation is not on a par with his contemporary Josquin des Prez, but he was highly regarded by his peers and royal patrons. Among them was Anne of Brittany, Queen Consort of France, whose death Mouton marked with the motet Quis dabit oculis.

11am
Sarah's Artist of the Week is the Catalan conductor and viola da gamba player, Jordi Savall. Savall has been one of the leading lights of Early Music performance since the 1970s, unearthing lost repertoire as well as shedding new light on pieces from the European tradition. Working with his group Le Concert des Nations he's applied his invention to almost every corner of the core Baroque repertoire, producing landmark recordings of music from Italy, Spain, France, England and Germany. With Hespèrion XX (latterly XXI) - founded with his late wife, soprano Montserrat Figueras - he's turned his attention to lesser-known music of the Baroque, Renaissance and Medieval periods, introducing listeners to early music from Spain in particular as well the Near East and the Americas. As a viola da gamba player he has also played an important role in the instrument's revival. Sarah's selections from his vast discography include orchestral music by Bach and Handel (Music for the Royal Fireworks), as well as Monteverdi madrigals, music for viol consort by William Lawes, music from Ottoman-era Istanbul and Beethoven's Eroica Symphony.

The rock song we played was 'Nut Rocker' by B Bumble and the Stingers, which was based on the Dance of the Toy Soldiers from Tchaikovsky's 'The Nutcracker'.