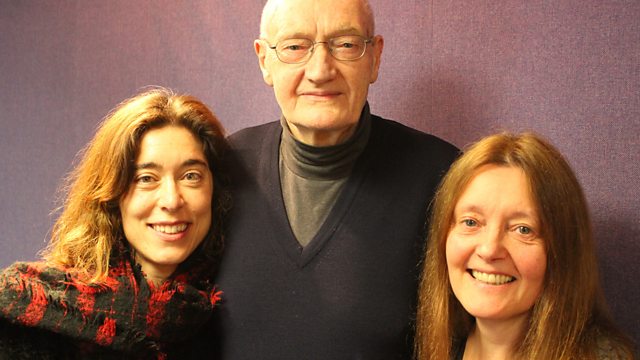 Ani Rinchen Khandro, ex-girlfriend of footballer George Best, talks about giving up the world of glamour to become an ordained Buddhist nun.

With the surprise announcement of a June election, Richard Holloway looks at what role, if any, religion will play in the debate, and whether a politician's religious beliefs matter when it comes to the vote - with Nick Spencer, editor of 'The Mighty and the Almighty: How Political Leaders Do God'; Professor Linda Woodhead from the Dept of Politics, Philosophy & Religion at Lancaster University; and Simon Barrow, Director the ethical think tank Ekklesia.

Philosopher Roman Krznaric on the wisdom of the ancient phrase Carpe Diem, and how we can use it to transform our own lives; the subject of his latest book 'Carpe Diem Regained: The Vanishing Art of Seizing the Day'.

Writer Gerda Stevenson and actor Roxana Vilk join Richard to discuss a new BBC Radio Scotland two-part drama, Room for Refugees. Gerda explains why she immersed herself in the world of refugees for the project.

And once model and girlfriend of footballer George Best, Ani Rinchen Khandro, shares why she forsook the world of glamour to become an ordained Buddhist nun, who now runs a Buddhist Meditation Centre in Edinburgh.