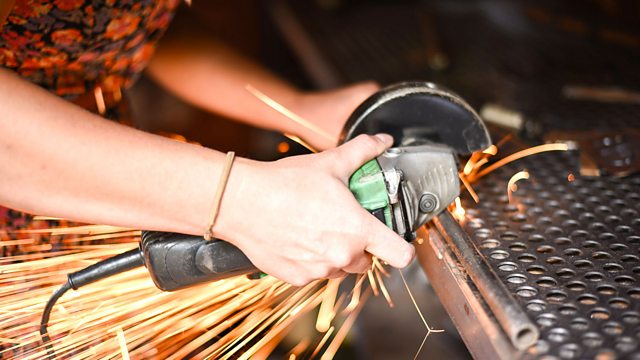 The Woman's Hour Craft Prize: a focus on working with metal with artist blacksmith Agnes Jones. The Women's Institute in a Gloucestershire prison. And debut novelist Rachel Malik.

A focus on working with metal with Agnes Jones an artist blacksmith and Corinne Julius, critic and curator - as we continue to explore the seven disciplines included in the Woman's Hour Craft Prize.

The appointment of Saudi Arabia to serve a four year term on The Commission on the Status of Women has been widely condemned because of its record on promoting gender equality. Jenni talks to Hanan Razek, BBC Reporter from the Arabic Service.

The Women's Institute better known for jam making and flower arranging, has has just opened a new branch in a women's prison. Countess Bathurst one of the founders of the Group and Jenny Earle from the Prison Reform Trust talk about how it's helping women on the inside.