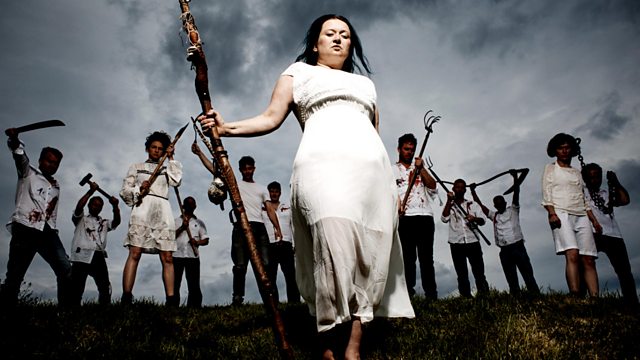 Eliza Carthy and Nicholas Hytner: Art for All

On Start the Week Kirsty Wark asks whether it's possible to produce art for all.

She's joined by the former Director of the National Theatre Nicholas Hytner who looks at the balancing act between art and show business but argues for the power of a national theatre to become part of the cultural bloodstream.

The designer Lucienne Day made the link between mass production and fine art, and the curator of an exhibition of her fabrics, Jennifer Harris, says her abstract designs could be seen in households across the country.

Singer-songwriter Eliza Carthy is a member of one of British folk's great dynasties, and has helped popularise folk music for new generations, combining tradition with innovation.

Nietzsche suggested that 'art raises its head where religions decline' and the philosopher Jules Evans who studies human ecstasy, asks whether art galleries and theatres can really help us come together, lose control and connect with something beyond ourselves.

The Age of Spectacle?

Nicholas Hytner is a director and former Artistic Director of the National Theatre.

Balancing Acts: Behind the Scenes at the National Theatre is published by Jonathan Cape.

Jennifer Harris is the Deputy Director at the Whitworth Art Gallery.

You can see the Lucienne Day exhibition which she has co-curated at the Whitworth, University of Manchester, until 11th June.

Eliza Carthy is a folk musician.

Her latest album with The Wayward Band, Big Machine, was released earlier this year and she will be touring the UK from November.

Jules Evans is a philosopher.

The Art of Losing Control: A Philosopher's Search for Ecstatic Experience is published by Canongate.