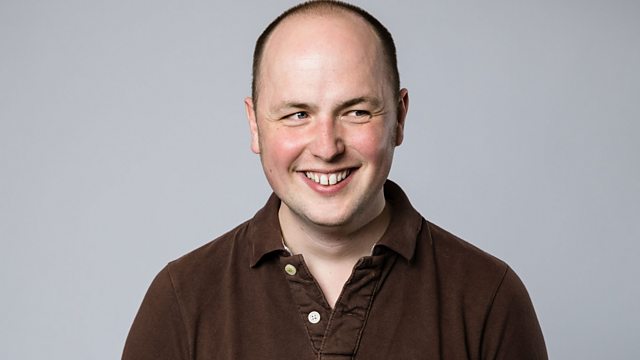 Based on his acclaimed live stand-up show, Yellow T-Shirt, Tom Parry tells the story of four fancy dress parties over the course of a year in his native Wolverhampton.

Episode 2: Max. It's the annual Parry family party and, as if you needed reminding, it's Fancy Dress. Tom is rather pleased with his typically obscure nay gloriously inaccessible choice of costume but some unhelpfully nightmarish flashbacks to his university days threaten to spoil his enjoyment of the day.

Tom Parry is an award winning comedian, writer and actor whose credits include Miranda, Phone Shop and Drunk History among many others. As a stand up, he most recently gained critical acclaim and an Edinburgh Comedy Award Best Newcomer nomination for his debut hour 'Yellow T-Shirt'. For more than a decade he has been part of the multi-award winning sketch team Pappy's. Together they have performed 6 sell out shows at the Edinburgh Fringe, completed 4 national tours, gigged all over the world, and created, written and starred in the sitcom 'Badults' for BBC3.