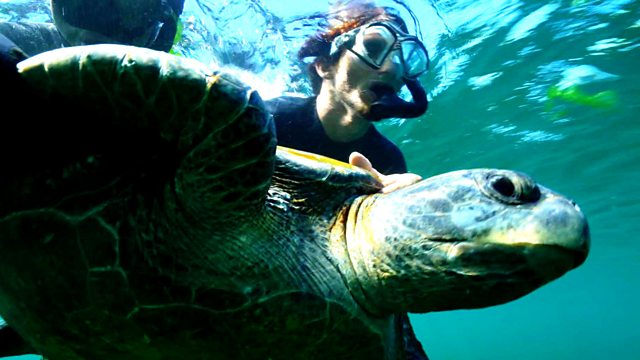 In the culmination of this scientific expedition, Liz Bonnin and the team see first-hand the impact that humans have had on the Galapagos Islands.

In the culmination of this 1,000km scientific expedition aboard the Alucia, Liz Bonnin and the team of scientific experts journey south to visit the oldest islands in the Galapagos to see first-hand the impact that humans have had on this pristine wilderness.

Back on the larger island of Isabela, where her journey first began, Liz descends into a spectacular vertical lava cave. Deep inside, she discovers how this hidden world could even provide an answer to how it might be possible to inhabit other planets.

On her last land-based stop, on Santa Cruz, Liz comes face to face with the effects of man as she explores the magical misty scalesia forests and meets scientists who are tracking the invasive species spreading throughout the islands. It is here that she also checks in on a giant tortoise population whose ancient migration pathways have come under threat from the largest human population on the archipelago, and meets a man on a mission to protect this iconic creature.

Finally, Liz dives into the deep blue waters to witness the birth of a brand new island. Coming full circle, Liz and the team are able to reflect on the importance of their missions which will help to protect the Galapagos and its extraordinary wildlife in the future. In an ever-changing world, what we learn now from these incredible living natural wonders and what we can pass on to future generations has never been more important.

See all episodes from Galapagos