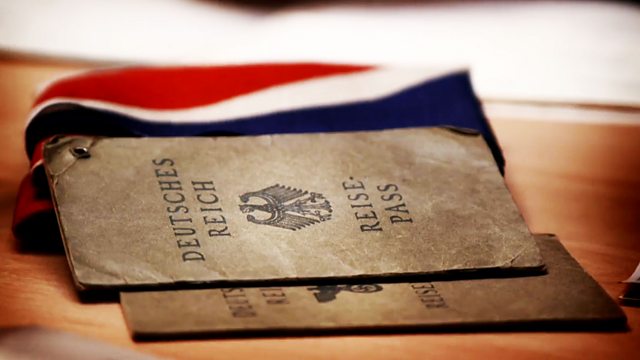 This film follows three British Jews as they decide whether to activate a clause in the German constitution that permits descendants of German refugees to reclaim citizenship.

After Brexit, thousands of Brits have applied for dual nationality. For the British Jewish community, many of whom are the descendants of those who fled Nazi Germany, this poses a dilemma.

In this film we follow three British Jews as they decide whether to activate a clause in the German constitution that permits descendants of German refugees to reclaim citizenship. Whilst reclaiming German nationality offers up the possibility of maintaining benefits associated with being a citizen of an EU country, for Britain's Jews Germany has more commonly been associated with the traumas of the Holocaust. Each of the characters must therefore confront their family history. To do so involves delving into archives and tackling difficult questions that families have often found hard to confront in the past.

Baroness Julia Neuberger grapples with identity and we follow the journeys of Robert and Hilary as they return to their ancestral homes in Germany for the first time.

Hilary discovers where the family originally came from and that a legend she was told as a child, that they were Jews who fled Spain in 1492, may actually be true. Robert has always wanted to know what actually happened to his grandparents and his cousin Karla. He unearths their final journey and is finally able to say a prayer at the place to which they were deported to their deaths in 1942.

As the journeys conclude, each has to come to terms with whether they can cope with reclaiming German citizenship. All are influenced by how contemporary Germans deal with the past, but not all can overcome the tragedy of the past.