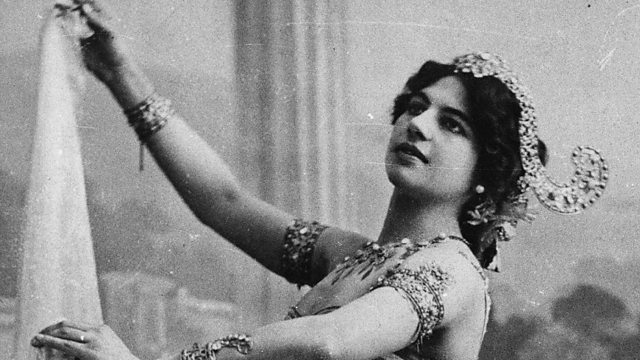 What is the truth behind Mata Hari? Bridget Kendall discusses the myths and realities surrounding women in espionage with Julie Wheelwright, Tammy Proctor and Hanneke Boonstra.

It is 100 years since the exotic dancer and legendary 'femme fatale' Mata Hari was executed by a French firing squad for passing secrets to the Germans during the First World War. She was described at the time as the 'greatest woman spy of the century'. But many now see Mata Hari as a convenient scapegoat, condemned merely for her unconventional lifestyle.

Bridget Kendall discusses the myths and realities surrounding women in espionage with Julie Wheelwright, Programme Director of non-fiction writing at City University in London, Tammy Proctor, Professor of History at Utah State University in the USA and Hanneke Boonstra, a Dutch journalist who is writing an official blog about Mata Hari as part of this year's centenary commemorations in the Netherlands.

Fire: How Climate Change Is Altering Our Attitudes to Wildfires

Amelia Earhart - Trailblazer in the Skies