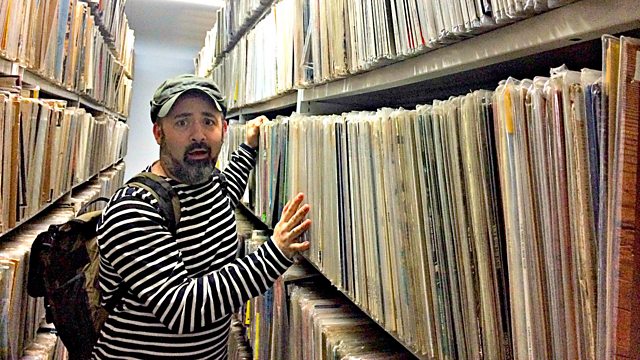 Ahead of Record Store Day Verity Sharp takes a trip down to our own record store of sorts, the BBC vinyl archive, to hand pick some of the rarest records the Beeb keeps under lock and key.

The BBC's vinyl collection is coveted among record collectors, known for its shelves of obscure ethnographic recordings, lost TV music and rare oddities from across the genres. Verity is joined by musical curator and DJ, co-founder of Finders Keepers Records, Andy Votel. Andy's un-blinkered appreciation and promotion of musical lost-property crosses multiple genres and language barriers, and has resulted in a constantly mutating career transcending wide pop-cultural circles. Together they dive in to what the archive has to offer, before Verity takes her haul back to the studio to enjoy one and a half hours of vinyl hiss and crackle.