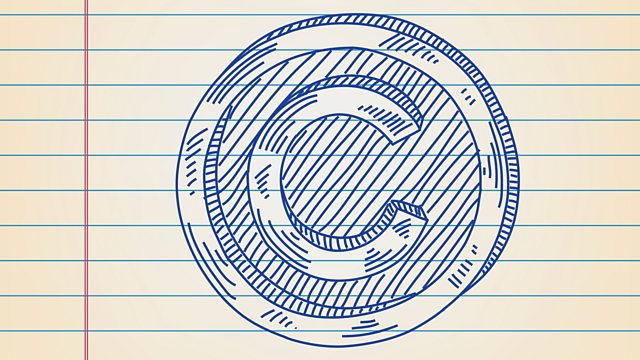 Documentary. Leading copyright lawyer and author Richard Taylor explores the history of copyright, its uncertain future in the internet age and if the law is overreaching itself.

Leading copyright lawyer and author Richard Taylor asks whether copyright is an analogue law in the digital age.

Everywhere we look, there are examples of copyright - from the music playing in stores to the images on billboards and the trainers we wear. And that is just in the real world. On the internet, users downloading music or posting images can infringe copyright on a daily basis without ever being aware.

Richard Taylor examines the problems with copyright law, revealing the cracks in the current system which can stifle artistic creation, manipulate our view of history and even put hurdles in the way of scientific development. He acknowledges the importance of copyright in recognising and rewarding authorship but questions at what point it becomes more about financial greed and control, with increasing ownership in the hands of big music labels, film companies and publishers.

US judge Alex Kozinski says, "Overprotecting intellectual property is as harmful as under protecting it. Nothing since we tamed fire is genuinely new, culture like technology, grows by accretion, each new creator building on the works of those who came before."

Rows over copyright are not new. In 1842, Charles Dickens, at the height of his fame, embarked on a lengthy tour of America, not to promote his books but to stop US publishers ripping him off. Dickens failed - and took his revenge in the American passages in Martin Chuzzlewit.

Dickens would be delighted at the growing enforcement of copyright law. In the early 1970s, Terry Gilliam borrowed hundreds of images and paintings for his famous Monty Python animations, yet in 1995 he discovered times had changed when making the film 12 Monkeys. A court stopped distribution of the film, concluding that Gilliam had based a set design on a copyrighted drawing. Gilliam also had to pay for a background appearance of Andy Warhol's Xerox of Da Vinci's Last Supper.

In today's digital age, ownership is more complicated and subject to different legislation in different countries. In France for example, a photograph of the Eiffel Tower lit up at night could infringe the copyright of the light show creators, even though a photo taken during the day is permissible because the architect has long since died.

More obvious are copyright infringements in music, art and written works. A recent US case sent shock waves through the music industry when a jury concluded parts of Blurred Lines by Robin Thicke were copied from Marvin Gaye's 1977 hit Got to Give It Up and ordered $7.4m be paid to Gaye's children. Forensic musicologist Peter Oxendale worked on the case and is on record condemning the verdict as appalling. The uncertainty around music copyright judgements has led to a mushrooming of his case load. He now gets hundreds of enquiries from music labels and singer song writers wanting him to check for possible copyright infringement before tracks are released.

The film industry also spends millions to pick their way through the copyright minefield. In the recent film Selma, however, the King Estate refused permission to use the speeches of Martin Luther King. The film's director was therefore forced to re-write his words.

In the programme, Richard interviews copyright experts, hunts down representative cases and talks to campaigners like Julia Reda MEP who calls for better copyright laws and clarity.