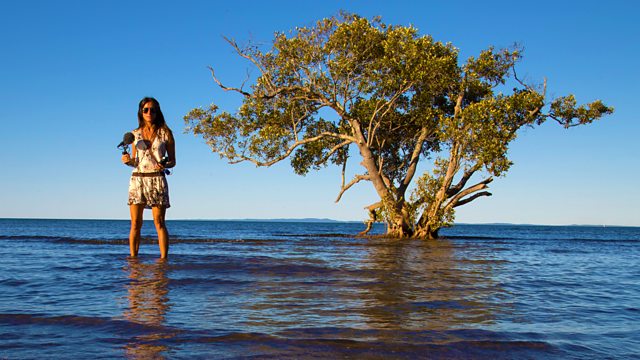 Five of the Solomon Islands in the Pacific have already been lost to sea level rise. Ellen Husain visits the islands to meet the people on the front line of climate change.

Five of the Solomon Islands have already been lost to sea level rise and many more are being rendered uninhabitable. For wildlife film-maker and marine biologist, Ellen Husain that's not just a disturbing quirk of climate change, it's a family concern.

At the beginning of the 20th century her great uncle, Stanley Knibbs was the Chief Engineer and Surveyor of the Solomon Islands, drawing up some of the first maps of the region for the British Empire. He fell in love with this Pacific paradise and wrote a warm and witty memoir of his time with the islanders.

One hundred years on Ellen is anxious to find out how the islands have changed. How is sea level rise at three times the global average disturbing the ancient rhythms of life? Can crops continue to be grown in land that grows saltier by the day? Can ancient traditions like shark-calling and megapode egg-collecting survive as tribal communities are broken up and moved to higher ground.? And what lessons can the rest of the world learn from the people on the frontline of sea level rise that we're all likely to endure over the next century.

All photos by Ellen Husain.

Reasons to Be Cheerful?

Insulation for the Nation