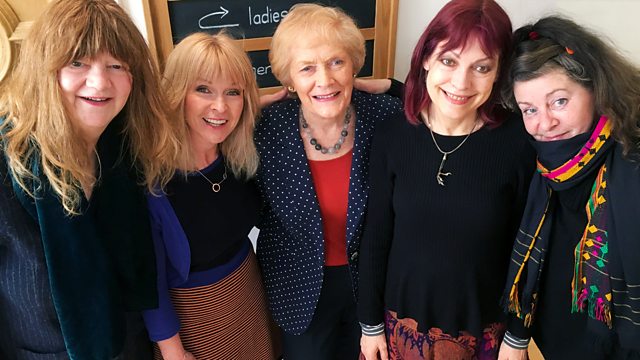 Sue MacGregor reunites five musicians who embraced the anarchy of punk music and created a unique style of their own.

Sue MacGregor reunites five musicians who embraced the anarchy of punk music and created a unique style of their own.

For many young people, Britain in the late 1970s was a place without hope. Unemployment was high. The value of the pound was low and, despite the feminist activity of the early 1970s, the most many girls aspired to was to marry well and look good.

Female role models were hard to fine - especially in music. The only all-girl troupes on Top of the Pops were Legs and Co.

Women could dress how they liked, behave how they wanted and develop their own sound without being manipulated by the mostly male gatekeepers of the record industry. Young women who didn't fit the traditional mould of femininity found a new tribe in punk. A place where they could finally be themselves. But the movement attracted fear and aggression from straight society. And few made much money from the short-lived scene.

Gaye Advert, bass player in The Adverts, was described as the first female punk star. But the industry focus on her looks caused animosity in the band.
Toyah Willcox, an aggressive tomboy, found her emotional rebellion in punk and appeared in Derek Jarman's cult punk film Jubilee.
Gina Birch of The Raincoats played her first gig in November 1977 a few weeks after forming her all-female band.
Tessa Pollitt abandoned her A levels to join all girl punk band, The Slits.
Vivien Goldman was in the The Flying Lizards and Features Editor on the weekly music paper, Sounds. She is now a Professor of Punk in New York.

The guests discuss the impact and legacy of their movement.