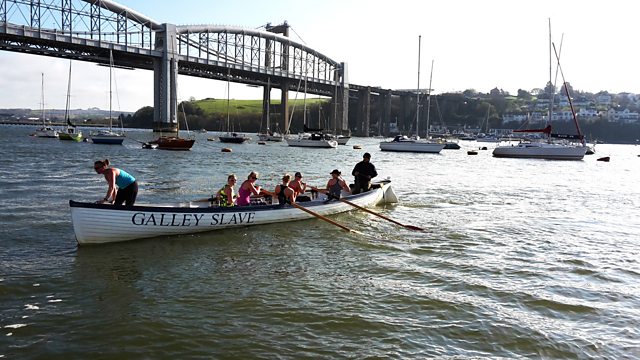 Programme that offers a female perspective on the world. Jayne-Anne Gadhia, CEO of Virgin Money, talks about coping with postnatal depression and having a high-pressure job.

Jayne-Anne Gadhia, CEO of Virgin Money talks candidly about coping with post-natal depression and having a highly-pressurised job. According to Jayne-Anne only 14% of people at senior management level in finance are women, and she explores why.

As we come closer to the announcement of the 12 finalists in the Woman's Hour Craft Prize, we continue with profiling the 7 disciplines. It's the turn of textiles as we explore the history of Britain's textile past and meet one of the few woman who - as member of The Worshipful Company of Weavers - is allowed to drive sheep across London bridge.

Growing numbers of women in England are experiencing 'hidden homelessness' - living in precarious arrangements without privacy or their own legal living space. Dr Paula Mayock, from the Trinity College Dublin, discusses new figures published in her book that show lone women parents are the most likely group to experience homelessness.

Picture the scene...a tall ship is coming perilously close to treacherous rocks in stormy seas off the Cornish coast. Small and speedy rowing boats, known as gigs, are racing to her rescue. The first crew to reach the stricken ship will put a pilot aboard, to guide the ship to safety, for a fee. From this 'Pilot Gig Rowing' has emerged and spread far beyond its Cornish home. As many women as men now take part and Sarah Swadling's been to Saltash to meet the Caradon Gig Club's crews in training...including the defending ladies world champions.

Keeping as active as possible when you're in hospital can play an important part in your overall recovery. Getting into clothes that are both comfortable and accessible for treatment can preserve your sense of self as well as your dignity. Jenni talks to Claire Robinson, co-founder of INGA Wellbeing, who's designed clothes for patients who regularly need hospital treatment and to Professor Brian Dolan, who's behind the End Pyjama Paralysis campaign.