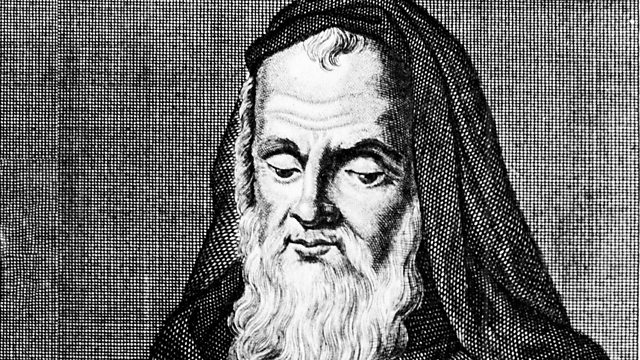 The 13th-century English philosopher Roger Bacon is perhaps best known for his major work the Opus Maius. Commissioned by Pope Clement IV, this extensive text covered a multitude of topics from mathematics and optics to religion and moral philosophy. He is also regarded by some as an early pioneer of the modern scientific method. Bacon's erudition was so highly regarded that he came to be known as 'Doctor Mirabilis' or 'wonderful doctor'. However, he is a man shrouded in mystery. Little is known about much of his life and he became the subject of a number of strange legends, including one in which he allegedly constructed a mechanical brazen head that would predict the future.

The Egyptian Book of the Dead

Amanda Power at the University of Oxford

‘A Mirror for Every Age: The Reputation of Roger Bacon’ by Amanda Power

‘Celestial Divination and Arabic Science in Twelfth-Century England: The History of Gerbert of Aurillac’s Talking Head’ by Elly Truitt

Neslihan Senocak, The Poor and the Perfect: The Rise of Learning in the Franciscan Order, 1209-1310 (Cornell University Press, 2012)