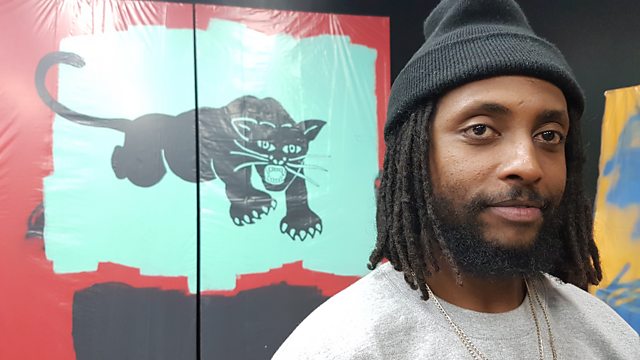 The young American artist Awol Erizku was the man responsible for the photograph of Beyoncé as she announced she was pregnant with twins back in February. It became Instagram's most-liked image ever. As he prepares to open Make America Great Again, his first solo show in Europe, he discusses the political nature of his work and that famous photo.

The Word-Hoard is an exhibition at Wordsworth House in Cumbria celebrating the natural world and the words we once used to describe it. It is curated by Robert Macfarlane, writer, walker, Cambridge don and author of the bestselling book Landmarks. He explains why it's important not to forget that clinkerbells, dagglers and ickles are all another way of naming icicles.

ITV's latest drama Little Boy Blue focuses on the murder of 11-year-old Rhys Jones in Liverpool, in 2007. Mad about Everton, he was shot dead as he innocently walked home from football practice. The four-part series explores the family's ordeal, the community response and how Rhys's murderer was brought to justice. Broadcaster and journalist Shelagh Fogarty, who went to school in Croxteth, close to where Rhys died, reviews the drama.

At the beginning of the year, the Liverpool Everyman resurrected its repertory company for the first time in 25 years. Front Row paid a visit to the new company at the start of their rehearsals in January. Three months on, and two productions opened, Artistic Director Gemma Bodinetz discusses the challenges of the new repertory project.

Robert MacFarlane's exhibition The Word-Hoard: Love letters to our land
is at Wordsworth House, Cumbria

The Everyman Company in The Story Giant at the Everyman Playhouse, Liverpool
until 29 April
Photo credit: Stephen Vaughan