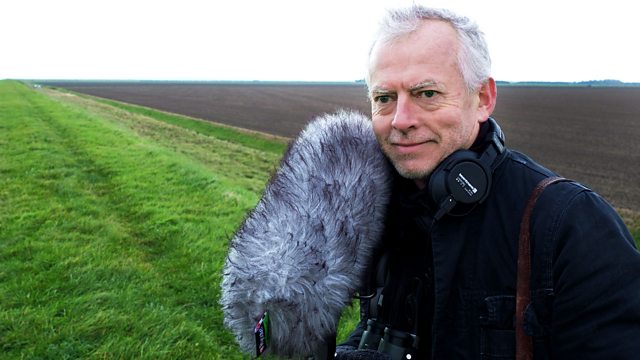 Writer and birdwatcher Tim Dee walks the flatlands of The Wash on a quest to capture the elusive sound of 'pure' wind. A poetic, mesmeric film from film-maker Richard Alwyn.

There is no walking without weather. It marks all experiences of being outdoors - for better or for worse.

For writer, birdwatcher and radio producer Tim Dee, the weather is never an innocent bystander - especially the wind. In any walk that he makes - to watch birds, to record sounds, to reflect on the landscape and the natural world - the wind is an active agent. It carries birds, it buffets microphones, it brings and takes away much of what moves and shapes his life.

In this poetic, mesmeric film, documentary film-maker Richard Alwyn follows Tim Dee on a walk along the vast open marshland of the Lincolnshire Wash, as he embarks on an idiosyncratic mission to capture the elusive sound of 'pure' wind. On the way, under extraordinary skies and dramatic light, Dee reflects on landscape and walking, on birds and writing, and on the 'wild track' of life - wind, bringer of birds into his world and with that, joy and inspiration about the business of being alive.

The problem, of course, is that recording the sound of wind is a quixotic quest because 'in some ways, it doesn't exist as a sound. What we think of as the wind is the sound that the wind is making as it rubs over the surface of the world,' says Dee. Undaunted, Dee walks to the lone high spot on the terminally flat Wash, there to raise his boom in an attempt to capture the wind as it arrives fresh out of the north, pure and untouched, new and exciting. 'I'm probably the first thing this wind has hit for about 1,000 miles or so - and it's telling me so.'