Close menu
BBC Two
Me and My Dog: The Ultimate Contest
Main content 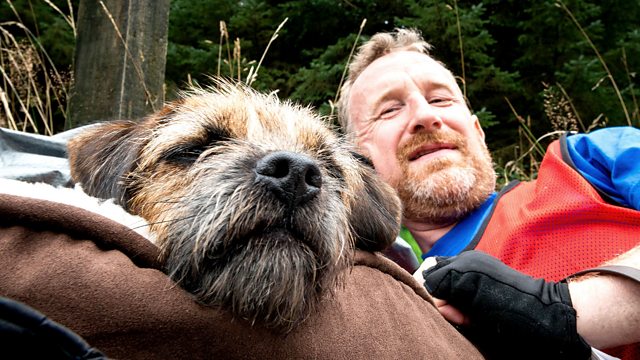 Me and My Dog: The Ultimate Contest Series 1
Episode 1 of 4

Chris Packham hosts as owners and their dogs compete together in a series of challenges designed to test communication skills between human and canine.

This physical and mental competition plays out in the Lake District where eight owners and their dogs compete together in a series of challenges, all in a bid to make it to the grand final. Only one pair can win but experts are on hand to help them all unlock the full potential of their partnerships. Chris Packham hosts, and unveils the science behind the incredible bond between human and dog.

Owners hail from all over the UK and the canine competitors come in all shapes and sizes, from an energetic border terrier called Betty to a stoic labrador named Flapjack. Challenges in this episode are designed to test communication skills between human and canine.

The eight pairs are split into two groups, the reds and the yellows, and it's the reds who have the first chance to score points. Owners must encourage dogs through a series of gates using three key modes of communication. Most can master verbal cues and body language but one pair really do see eye to eye. For the yellows, it's an uphill scramble through fast-flowing water. Dogs need to collect tennis balls along the way, but some don't want to get their feet wet. Two pairs put in storming performances, proving they have a deep understanding of one another.

The ultimate test of communication is a tethered biking challenge. Some realise they've got a lot to learn, but for others it's a joy to be racing side by side with their canine companions. Final scores are revealed but who has triumphed in the first stage of the contest?

See all episodes from Me and My Dog: The Ultimate Contest 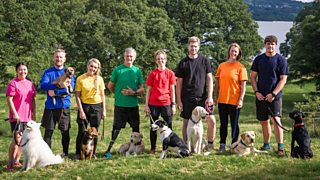 Meet the four-legged contestants and their humans competing in this ultimate contest.