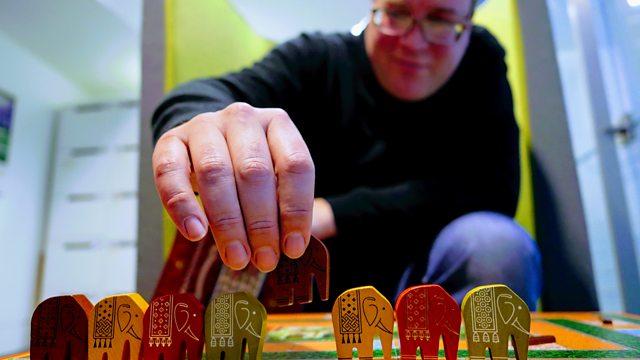 Samira Ahmed sets out to uncover the modern allure of board games with the help of designers, geeks and the man who rediscovered the rules of one of mankind's oldest games.

Board games are back. Samira Ahmed sets out to uncover the modern allure of an analogue table top game in an increasingly digital world.

When a computer finally beat the world's best player of Go, we had a problem. If even the most complex game can be reduced to a mathematical procedure, are games as the embodiment of human desires and abilities doomed?

Not a chance. Board games are booming, and self-confessed board-game geek Samira Ahmed is determined to find out why.

Along the way, she meets the designers, players and everyday obsessives who throng in their thousands to shows like Essen's famous Spiel festival. She discovers how games mirror the preoccupations of our age and how they allow us to vent our instinctive desire for combat.

But could the real answer to our gaming addiction lie elsewhere? As it turns out, old-fashioned gaming seems to create a safe space like no other, where we can explore sides of our identities forbidden in real life. Samira talks to the man who rediscovered the rules of one of mankind's oldest games.