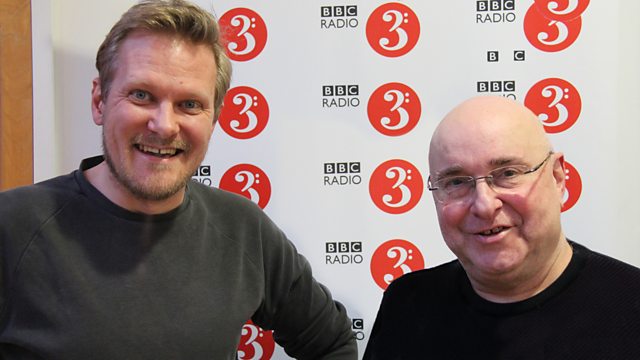 10am
Rob's guest this week is Kasper Holten, the departing Director of Opera at the Royal Opera House, Covent Garden. Kasper's passion for opera began aged nine after hearing Bizet's Carmen and he went on to train with directors such as Harry Kupfer, John Cox and David Pountney. Aged 27 he was appointed Artistic Director of Royal Danish Opera, where he directed productions of Weber's Der Freischütz, Ligeti's Le Grand Macabre and Wagner's Ring Cycle; he held the position for 11 years. In 2011 he became the youngest ever Director of Opera at the Royal Opera House, Covent Garden, where he has since directed Tchaikovsky's Eugene Onegin and Szymanowski's Król Roger as well as overseeing successes such as George Benjamin's Written on Skin. As well as discussing his work as a director and his life, Kasper shares some of his favourite classical music.

10.30am
Music in Time: Modern
Today Rob's exploring a modern setting of the Stabat Mater, a hymn to the Virgin Mary. Polish composer Karol Szymanowski's setting combines folk elements and Renaissance contrapuntal practices to create a powerful act of devotion and mourning.

11am
Artist of the Week: Franco Corelli
Rob's Artist of the Week is the tenor Franco Corelli, one of the most famous and feted tenors of the 20th century. Growing up in Italy, Corelli was set to be a naval engineer like his father, but when a musical friend heard him sing, he was encouraged to attend a conservatoire. It wasn't completely plain sailing for Corelli, but he was determined, and even taught himself by listening to recordings of Enrico Caruso and Beniamino Gigli. He made his La Scala debut alongside Maria Callas and enjoyed a successful international career thereafter; he made over 250 appearances at New York's Metropolitan Opera alone. Corelli's repertoire included most of the major tenor roles in operas by composers such as Verdi, Puccini, Mascagni, Leoncavallo, Giordano, and Bizet - we'll hear Corelli in well-loved arias from Aida, Tosca, Cavalleria Rusticana, Pagliacci, Andrea Chénier and Carmen during the week, as well as popular arias such as Granada, and excerpts from Verdi's Requiem and Rossini's Petite messe solennelle.

The music we played was 'O Albion', a movement from Arcadiana by Thomas Adès, which is a homage to 'Nimrod' from Elgar's Enigma Variations.