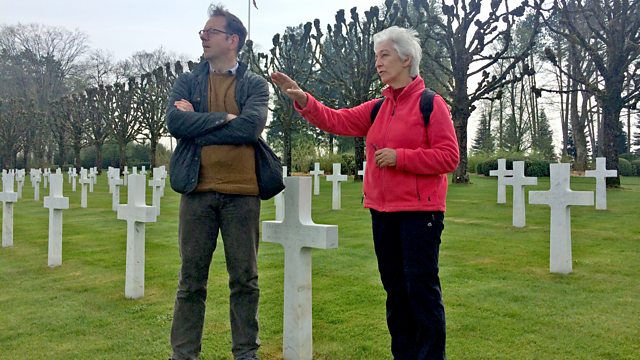 Documentary. Historian Adam Smith explores the forces that transformed American life and society as it plunged into war from April 1917.

On April 6th 1917, America finally entered the Great War on the side of the Entente powers. It seemed a stunning volte face by the progressive intellectual President Woodrow Wilson, elected for a second term on the promise of the man who 'kept us out of the war.' What followed was an even more stunning transformation of American society and its role in world affairs. This programme explores the convulsions that carried America to war and placed it centre stage in world affairs.

America was deeply divided on the issue of war. 'Over there' was both the recent past for millions of its new immigrant citizens and a no-no for the deep isolationist streak that ran through the American psyche. Foreign wars were not its affair. America boasted an army tiny by European standards, no air force and, apart from skirmishes in Latin America and the searing experience of the Civil War, precious little experience of major warfare. The U.S. was ill prepared for the transformation into a total war society, something that had begun piecemeal in Europe, would be giddily experienced in America. Civil liberties were cast aside, internal dissent was stifled and a vast and modern advertising campaign to sell the war to the public was launched with little thought to its effects, and with almost no oversight.

When the Doughboys finally arrived in the Spring of 1918 they fought for 200 days but lost more men from disease than in combat. The impact of the war at home would soon wane & President Wilson's desire for a lasting and just peace would be frustrated. Historian Adam Smith travels to Washington & Hoboken-departure point for 2 million troops and to the former battlefield & cemetery of Meuse-Argonne.