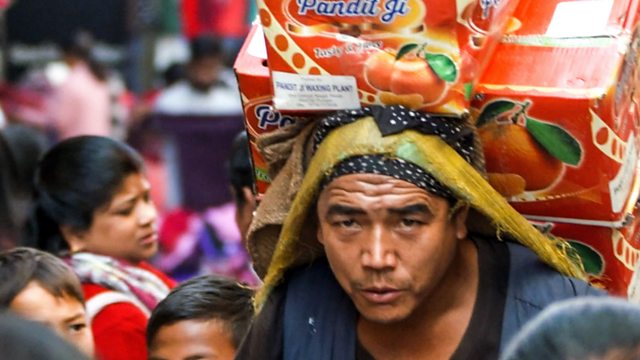 Rajan Datar visits the remote north east of the country which borders what used to be East Pakistan and is now Bangladesh.

In part two of an India special, we visit the remote north-east of the country which borders what used to be East Pakistan and is now Bangladesh (as well as Tibet, Burma and Bhutan). This is a region hardly known by the rest of India, let alone the rest of the world. Starting in Meghalaya's cloud covered capital, the former colonial hill station, Shillong, Rajan meets the winners of India's Got Talent, now a globe-trotting phenomenon, the Shillong Chamber Choir. Then he discovers the unique Khasi culture where women, not men, carry the family name and wealth and where India rubber trees are moulded to make bridges in the wettest region on earth. We end our journey in Assam, among the famous tea plantations, where we'll take the boat to what was once the world's largest river island but is now shrinking at an alarming rate thanks to the monsoon and global warming. There Rajan meets the dancing monks who have created a classical dance and learns some of the moves, while also meeting an eco-warrior on a mission to save his home from disappearing by planting a forest and attempts to fish with traditional nets alongside a tribal community who are celebrating harvest.

See all episodes from The Travel Show