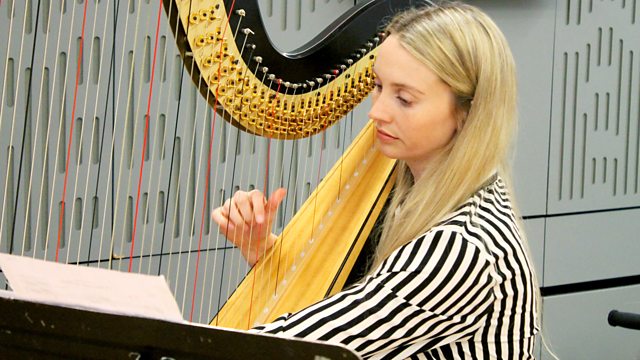 Sean Rafferty with a lively mix of music, chat, and arts news of the breaking kind; the announcement of the Royal Philharmonic Society Music Awards 2017 shortlist, plus live performance from some of the nominees;

Olivia Jageurs and her 15 Second Harp project in which composers submit short pieces which Olivia then records and shares has earned her a nomination for an RPS Music Award. She has received over 200 new compositions, and counting!

Conductor Andrew Gourlay is nominated in the Young Artist category and joins Sean down the line Birmingham as he rehearses for his City of Birmingham Symphony Orchestra concert this week.

Joseph Middleton has been nominated in two categories; Young Artist and the Chamber Music and song category. Joseph is live in the studio with soprano Mary Bevan.