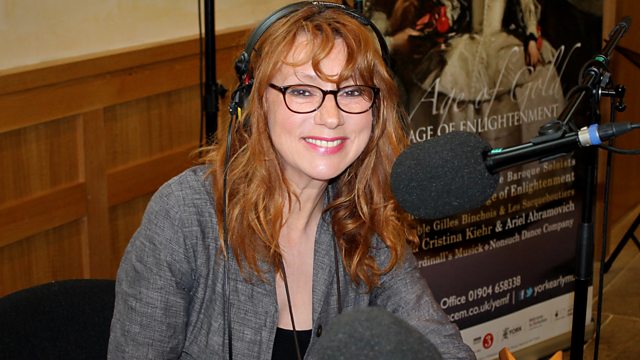 Documentary. Lucie Skeaping tells the story of post-diary Samuel Pepys through the music he commissioned, some of it played for the first time in 300 years.

Lucie Skeaping tells the story of post-diary Samuel Pepys through the music he commissioned, some of it played for the first time in 300 years.

The songs, written for the celebrated diarist by his continental music master Cesare Morelli, provide fresh insight into both the man and the religious struggles of the 17th century, which enshrined aspects of our modern political system and shaped our national identity.

Lucie explores the relationship between Pepys and Morelli, a friendship which survived throughout a supposed Popish Plot to assassinate Charles II and the public terror and hysteria it created, implicating hundreds of innocent people. Pepys was among them - and by hiding his Catholic music master he faced execution for high treason.

Until now, the Morelli manuscripts for Pepys's voice and guitar have remained obscure and impenetrable. Enter Dionysios Kyropoulos, researcher and stage director who, as a bass singer and amateur lutenist like Pepys, found himself uniquely placed to interpret the music Morelli wrote for his master.

At the heart of the programme is a concert of Morelli's works, made possible by Dionysios, and heard for the first time since the compositions were played and sung by Pepys himself.