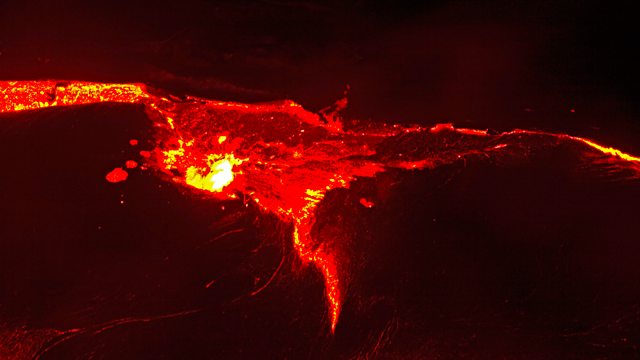 Mary-Ann Ochota asks why scientists have managed to send probes to interstellar space but have not yet managed to reach the earth's mantle, which lies just a few miles beneath us.

Mary-Ann Ochota asks why scientists have managed to send probes to interstellar space, but haven't yet managed to reach the Earth's mantle, which lies just a few miles beneath us.

Sixty years ago, a plan was hatched to drill into the Earth's mantle - the layer of silicate rock and minerals that makes up around 84% of our planet's volume. This mission coincided with the start of the space race but, while the space programme quickly captured the public's imagination, the exploration of our own planet's interior soon stalled.

Yet, for a brief moment, it was an equally exciting quest.

For Henry Dick, from the Woods Hole Oceanographic Institution, we are stood on top of "the world's most incredible library with 250 million years of the Earth's history waiting to be revealed". Professor Damon Teagle from the National Oceanography Centre believes that "pristine mantle would be a geochemical treasure trove equivalent to the Apollo lunar rocks".

The cost of completing this six-decade mission has been estimated at $1 billion - a fraction of Nasa's annual budget - and yet a breakthrough remains some way off.

For some reason - scientific, technical or political - humans have ventured more than 248,000 miles up from the Earth's surface, but can't drill more than eight miles into its crust. Mary-Ann Ochota meets some of the scientists who believe we need to keep drilling down.

An Unusual production for BBC Radio 4.