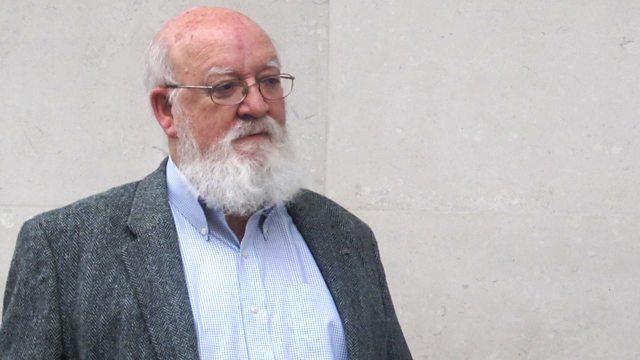 Jim Al-Khalili talks to leading scientists about their life and work. Philosopher and cognitive scientist Daniel Dennett talks to Jim about the evolution of the human brain.

Daniel Dennett has never been one to swallow accepted wisdom undigested. As a student he happily sought to undermine the work of his supervisor, Willard Quine. Only one of the most respected figures in 20th century philosophy, a thinker eminent enough to appear on US postage stamps. Later in Oxford, he became frustrated by his fellow philosophers' utter lack of interest in how our brains worked and was delighted when a medical friend introduced him to neurons. And so began an intellectual quest to understand the human mind that spans five decades. He has always believed that our minds are machines. And anyone who disagrees lacks imagination, he says. Reading The Selfish Gene by Richard Dawkins introduced him to the power of Darwin's theory of evolution. And he has, perhaps, taken Darwinism further than anyone, seeking to explain how we evolved from uncomprehending bacteria to highly intelligent human beings. We know humans and chimpanzees evolved from a common ancestor. And that we share 99 % of our DNA with our closest animal relatives. So why would poetry, ethics, science and literature be somehow cut-off or insulated from our underlying biology? "You've given this much ground. Think about giving a little bit more".