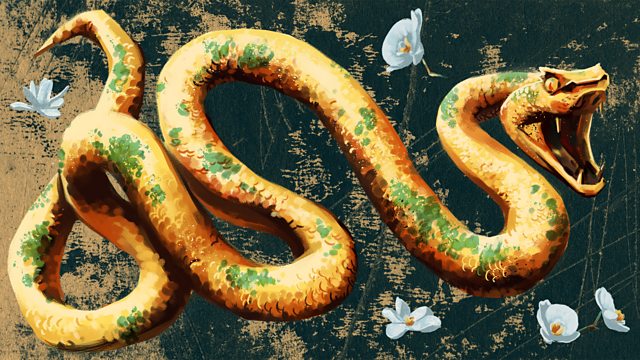 Newly widowed Cora Seaborne and her young son Francis leave London for Colchester where she hears about the Essex Serpent for the first time. From April 2017.

Sarah Perry's award-winning novel, set at the end of the nineteenth century and inspired by true events.

Moving between Essex and London, myth and modernity, Cora Seaborne's spirited search for the Essex Serpent encourages all around her to test their allegiance to faith or reason in an age of rapid scientific advancement. At the same time, the novel explores the boundaries of love and friendship and the allegiances that we have to one another. The depth of feeling that the inhabitants of Aldwinter share are matched by their city counterparts as they strive to find the courage to express and understand their deepest desires, and strongest fears.

Episode One
It is 1893. Newly widowed, Cora Seaborne and her young son, Francis, leave London and head for Colchester. Cora plans to look for fossils but is intrigued to hear about the myth of the Essex Serpent.

Sarah Perry was born in Essex in 1979. She has a PhD in creative writing at Royal Holloway which she completed under the supervision of Andrew Motion. She has been writer in residence at the Gladstone Library and is the winner of a Shiva Naipaul award for travel writing. Her first novel, After Me Comes The Flood won the East Anglian Book of the Year Award in 2014. The Essex Serpent was Waterstone's Book Of The Year in 2016 and was short-listed for the Costa Novel Award 2016. She lives in Norwich.