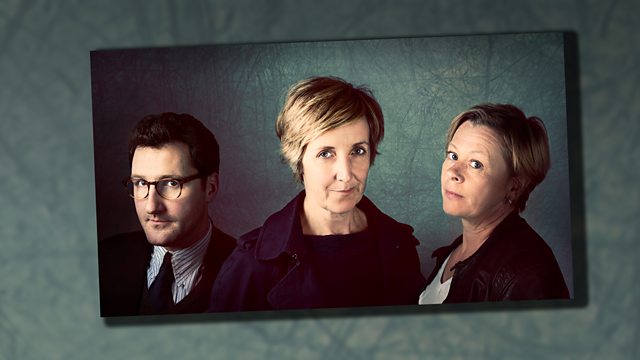 4 Extra Debut. Is it only a matter of time before murder is on the menu? And where is DCI Alma Blair's sergeant? Stars Julie Hesmondhalgh.

The third "Dead" comedy crime drama series by Val McDermid. DCI Alma Blair (Julie Hesmondhalgh) and her partner in life and crime CSM Jo Black (Jane Hazlegrove) are at a romantic dinner for two in Charnock 37 a fine dining restaurant.

Is it only a matter of time before there is murder on the menu? And where is Alma's Sergeant DS Jason Trotter?
Cast:
DCI Alma Blair ... Julie Hesmondhalgh
DS Jason Trotter .... John Hollingworth
CSM Jo Black .... Jane Hazlegrove
Narrator .... Jonathan Keeble
Michelle. .... Rosina Carbone
Richard .... Simeon Truby
All other parts played by members of the cast