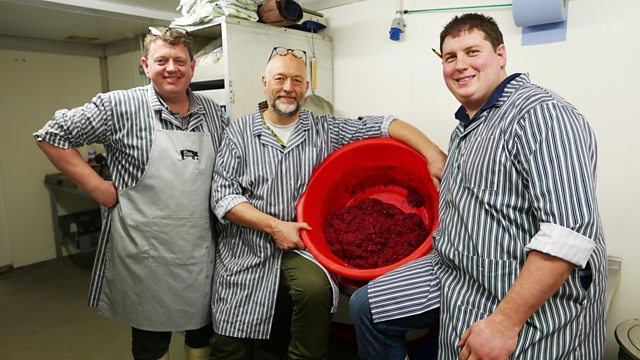 Hot and cold, red and blue. If the thought of cooking with blood leaves you light-headed, then Tim Hayward wants you to listen.

Blood in food is about as divisive as it comes. But Tim Hayward loves it. A rare steak, a carefully crisped slice of black pudding, a blood meringue...?

If the thought of a truly Bloody Mary makes you weak at the knees, don't adjust your set. As Tim explores the world of blood in food and drink, he also uncovers the deep relationship we have with blood - cultural, physiological, religious as well as culinary. Featuring Professor Emeritus of Cultural History Sir Christopher Frayling, and American author and academic John Edgar Browning.

Presented by Tim Hayward.
Produced in Bristol by Clare Salisbury.

Food Stories from Venezuela: Eating in a Failed State.