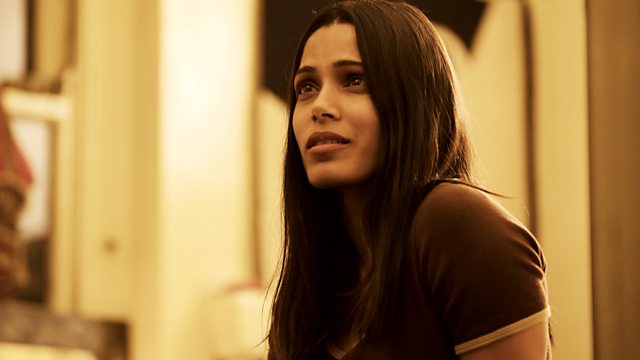 A pill for hot flushes, Freida Pinto and her new series Guerilla, playwright Teresa Howard and the musical I Capture the Castle, and Angie Thomas.

Each year around 1.5 million women experience menopausal symptoms, including 400,000 who suffer them to a troublesome extent. But many shun hormone replacement therapy, because it has been linked with an increased risk of breast cancer and blood clots. A new study by Imperial College has identified what's been called a "game-changing" wonder drug which could reduce hot flushes in menopausal women by nearly 75%. Jenni talks to the author of the study from the Department of Medicine at Imperial College Professor Waljit Dhillo.

Freida Pinto shot to fame in the film Slumdog Millionaire and became one of India's highest profile actors overnight. She's soon to be on our TV screens in the Sky Atlantic series Guerrilla. She plays Jas, a politically active woman, who forms a radical underground cell. Set in 1971, it poses the question: what if the original Black Power movement in London had used violence? Freida talks about her activism, her humanitarian work, and her career.

Written by Dodie Smith in 1948, I Capture the Castle has been a seminal novel for generations of young women. Playwright and lyricist, Teresa Howard talks about the nurturing of her project to make this coming of age story into a musical, now on stage at the Watford Palace Theatre.

The last episode in our series The Text I'll Never Forget. All week actor Anneka Harry has been hearing personal stories - a possible plane crash, a cheating ex, a suicide attempt all coming from one single text message. Today she goes back to her childhood home in Nuneaton to ask her Mum - Ann - about a text she'll never delete.

Angie Thomas' debut novel "The Hate U Give" is already being hailed as a classic of our time. Inspired by the Black Lives Matter movement and Angie's own experiences, it's been at the top of the New York Times Bestseller list for Young Adult Hardback fiction for the last 4 weeks.

Leonora Carrington; Crafts for children; Women and guns in the US

See all clips from Freida Pinto (2)