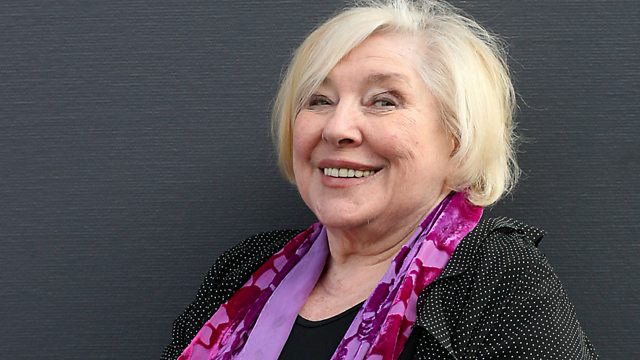 Death of a She Devil is Fay Weldon's new novel, Bryony Hanson reviews the film Raw, Richard Cork on Duchamp's Fountain, Simon Callow and Christopher Hampton on The Philantropist.

Fay Weldon made her debut as a novelist in 1967. She's been a prolific writer but it's her 1983 novel, The Lives and Loves of a She Devil, that's been her most celebrated work. The tale of a downtrodden wife who exacts a terrible revenge on her husband and his glamorous mistress became a feminist classic and went on to be adapted for television, cinema, and radio. Three decades later she has written a sequel, so why is now was a good time for the She Devil to return?

The French-Belgian horror film Raw, written and directed by Julia Ducournau, follows the story of a young vegetarian who turns cannibal after a stint in veterinary school. We review the film that's had people fainting in the aisles and discuss the new wave of women horror directors, with the Director of Film for the British Council, Briony Hanson.

One hundred years since Marcel Duchamp purchased a porcelain urinal, signed it with a pseudonym and called it Fountain, art critic Richard Cork discusses how readymade art first shocked and then opened a world of artistic possibilities.

Simon Callow directs a revival of Christopher Hampton's The Philanthropist, an inversion of Moliere which he wrote when he was 23. The two of them discuss this cutting campus comedy, which playfully satirises the liberal elite and explores what it means to find contentment in an insular world.

Fay Weldon's book Death of a She Devil is out on 06 April 2017, in paperback, hardback and as an eBook.

Image to the left: Fay Weldon

Image credit: Tate. Purchased with assistance from the Friends of the Tate Gallery 1999

Christopher Hampton's play The Philanthropist directed by Simon Callow is at Trafalgar Studios, London until 22 July 2017.