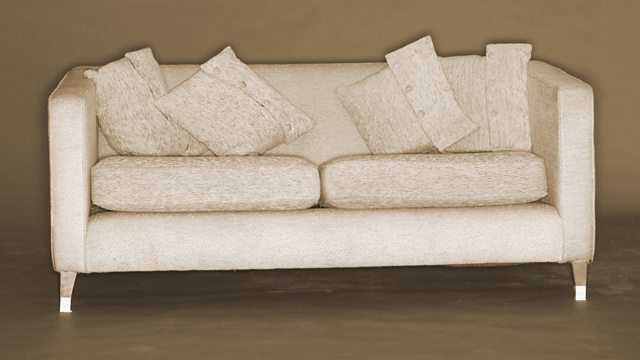 Short story by Maeve Brennan from her collection The Springs of Affection. In a 1930s Dublin suburb, Mrs Bagot waits for the arrival of her new sofa. Read by Fiona Shaw.

In a 1930s Dublin suburb, Mrs Bagot waits for the arrival of her new sofa. By Maeve Brennan from her collection of stories The Springs of Affection.

Maeve Brennan (January 6, 1917 - November 1, 1993) grew up in Dublin but moved to the United States in 1934 when her father was appointed to the Irish Legation in Washington. When her family returned to Ireland, she remained in the US and moved to New York where she wrote for Harper's Bazaar and The New Yorker. Her short stories were widely read in the US in the 1950s and 1960s, but she was almost unknown in Ireland even though many of her stories were set in Dublin.

Edward Albee greatly admired Brennan and compared her to Chekhov and Flaubert. Other admirers included her friend and colleague at the New Yorker, William Maxwell, and later Alice Munro and Edna O'Brien.

Her work tenderly reveals the weight of meaning in the small events of ordinary lives. In the words of the novelist Anne Enright, "As with Dubliners, the language moves through the stasis of her characters' lives with a beautiful and painful precision. Each one of Brennan's stories is a victory over sameness and the loss of meaning: she makes a bid for her sanity, one sentence at a time."

Read by Fiona Shaw
Abridged for radio by Jill Waters