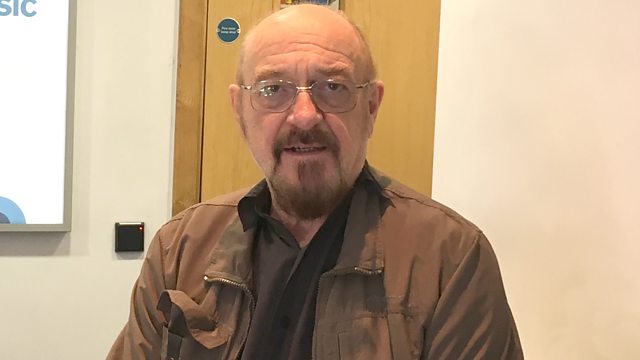 Mark Radcliffe speaks to Jethro Tull's Ian Anderson, 40 years after their founding in Luton, to discuss their latest album 'Jethro Tull: The String Quartets'. Ian talks about these new classical arrangements of classic Jethro Tull tracks that he and fellow bandmate John O'Hara have recorded. Jethro Tull's members Ian Anderson, Jeffrey Hammon and John Evan attended grammar school together in Blackpool before moving to London to form the band. They first achieved commercial success in 1969 with their folk-rock tinged second studio album Stand Up which reached number 1 in the UK album chart. Since then they have sold over 60 million albums worldwide.

Plus there's the Chain - a veritable buffet of tracks all linked somehow by YOU - and also a Teatime Themetime, where you must try and be the first to guess what connects the first record to the next too. Plus all the latest goings-on in the world of Music News.