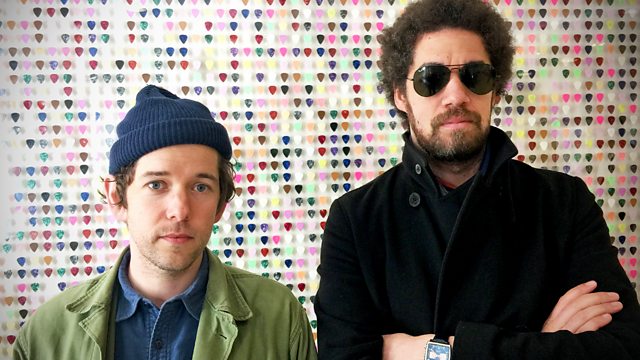 Stuart Maconie speaks to musicians Danger Mouse and Sam Cohen about the new album they've produced 'Resistance Radio' which features music inspired by the hit TV series The Man in The High Castle, which itself was inspired by the 1962 Philip K Dick novel of the same name. The novel is set in an alternative reality where the Axis powers, Nazi Germany and Imperial Japan, have won the Second World War. This album features covers of classic songs from the early 1960s by the likes of Sharon Van Etten, Karen O, Beck, The Shins, Angel Olsen , Kelis, Michael Kiwanuka, Norah Jones, Grandaddy and Kevin Morby as if they existed in that alternative reality. Danger Mouse has worked with an extraordinary number of different artists, as well as being one half of Broken Bells with James Mercer of The Shins, and one half of Gnarls Barkley with CeeLo Green. Sam Cohen is a Brooklyn based songwriter and multi-instrumentalist who founded the bands Apollo Sunshine and Yellowbirds.

Ingredients include The Chain, a full of flavour feature with over 6,000 songs in the mix. Could your pick be added next? And there's Tea Time Theme Time, guess what links three songs over a nice cup of tea and a scone if you're lucky. Plus all the latest goings-on in the world of Music News.