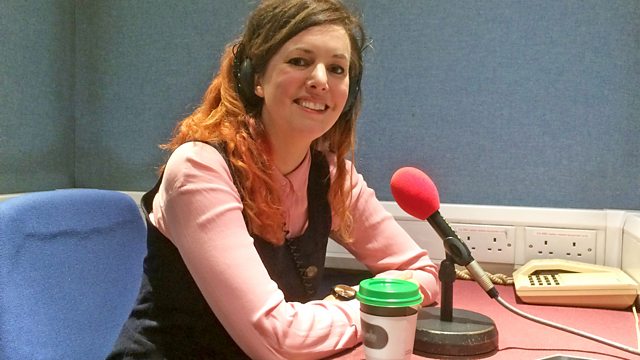 Stuart Maconie is joined by composer and performer Anna Meredith, who recently played the 6 Music Festival in Glasgow.

Stuart Maconie is joined by genre-defying Scottish composer and performer Anna Meredith who recently played the 6 Music Festival in Glasgow. Her debut album Varmints (meaning troublesome or wild animals) won the Scottish Album of the Year Award in 2016, following the release of her Eps Black Prince Fury and Jet Black Raider. She has played classical concert halls, pop festivals including Glastonbury, Field Day, Latitude and End of the Road and recently collaborated with Laura Marling and The Stranglers.

As well as that, you can try and actually BE on the show by suggesting a track that's not yet been on long-running show feature The Chain OR pit your wits against the rest of the office/listening stronghold by trying to be first to guess the link between the three records in Teatime Themetime. Plus all the latest goings-on in the world of Music News.