BBC Two
Back to the Land with Kate Humble
Main content 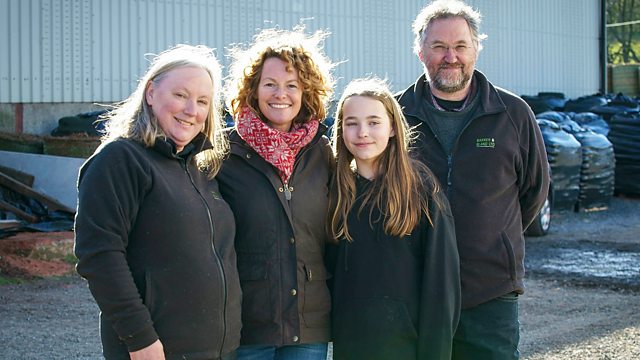 Kate Humble helps with lambing at a fifth-generation farm which has invented the world's only wool compost, enabling them to keep their farming traditions alive.

Series following innovative businesses in the Lake District through spring, summer and autumn, painting a portrait of the rugged landscape and gaining an insight into the challenges they face.

Kate Humble helps with lambing at a fifth-generation farm which has invented the world's only wool compost to enable the farmers to keep their traditions alive. She goes foraging for wild food which went to waste until one woman realised she could turn it into unique jams and preserves that are now sold nationwide. Lakeland dark herdwick wool is now nearly worthless and Kate follows one woman who left the city hoping to create high-end bags that will give a fair price back to the shepherds.

Businesswoman Geetie Singh-Watson is with two young entrepreneurs who are leaving the city.

See all episodes from Back to the Land with Kate Humble