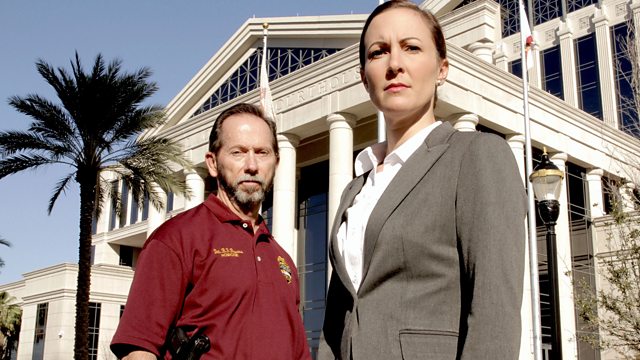 Documentary following prosecutors and cops in Jacksonville, the 'murder capital' of Florida, looking at a murder trial and a double homicide.

In the year Donald Trump was elected as president and against a backdrop of social unrest across America, our cameras follow prosecutors and cops in Jacksonville, the 'murder capital' of Florida, renowned for its tough approach to justice.

Across town, detectives are called to the scene of a double homicide in a trailer park. An uncle and niece have been found strangled in their home. As detectives hunt down their main suspect, the lead prosecutor Janeen Kirch has to decide if the crime is severe enough to deserve the ultimate punishment of death.

In the courts, Trey Wright is being prosecuted for the murder of his cousin - even though he was killed by someone else. The prosecution's case is that Trey was committing a robbery when his cousin was killed, so he must pay the price for his death. But Trey has his own version of events - when he takes to the stand, who will the jury believe?

Controversial state attorney Angela Corey has gained a reputation as one of the harshest prosecutors in America. As she is campaigning for re-election, protests against the death penalty hit the streets. Will the people of Jacksonville decide they want something different from their justice system?

See all episodes from American Justice

See all clips from Punishment (2)