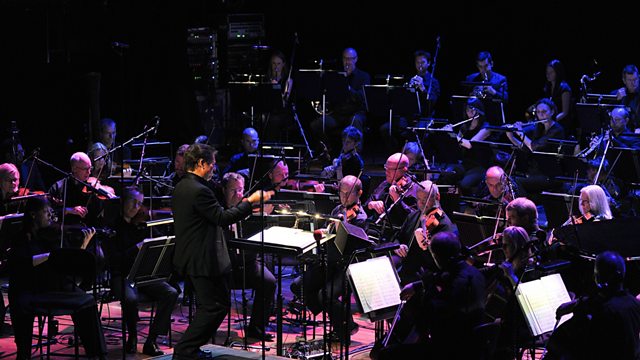 Live from Cecil Sharp House in London, Verity Sharp presents a concert in which Spiro, the BBC Concert Orchestra and members of the BBC Singers celebrate folk music new and old.

Live from Cecil Sharp House in London, home to the English Folk Dance and Song Society. Spiro and the BBC Concert Orchestra share this concert celebrating folk music new and old, including the world premiere of a BBC Commission from Spiro's Jane Harbour, which includes members of the BBC Singers. Presented by Verity Sharp

INTERVAL: As He Roved Out
In the interval of this concert celebrating the relationship between the English Folk Dance and Song Society and the BBC Verity Sharp presents 'As He Roved Out', a profile of Peter Kennedy who worked for both organisations. Kennedy travelled far and wide collecting songs and tunes from traditional musicians, amassing hundreds of recordings that are now in the British Library. He was remarkably industrious and enthusiastic, revitalising local traditions, playing for village dances and working on famous radio programmes such as 'As I Roved Out'. His methods and manner, though, meant he became a controversial figure, too. Verity Sharp assesses Kennedy's achievement and probes the nature of the man, with contributions from those who knew him, including David Attenborough, Shirley Collins, Malcolm Taylor (who for three decades ran the Vaughan Williams Memorial Library) and Janet Topp Fargion - Curator of World and Traditional Music at the British Library. We also hear several of the remarkable recordings Peter Kennedy made.