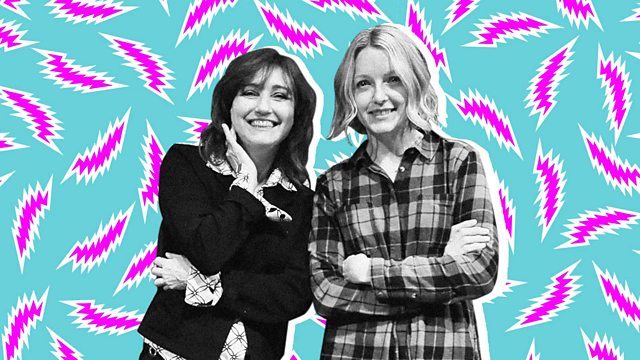 Lauren Laverne interviews Viv Albertine at the Free Thinking Festival for the first edition of the programme to be recorded in front of an audience.

Lauren Laverne interviews Viv Albertine at the Free Thinking festival for the first edition of BBC Radio 4's Late Night Woman's Hour to be recorded in front of an audience.

Writer and film maker Albertine reflects on being the guitarist in pioneering all-female punk band The Slits, whose 1979 album Cut is frequently voted one of the most influential albums of all time. But - as she outlines in her autobiography Clothes, Clothes, Clothes, Music, Music, Music, Boys, Boys, Boys - she hasn't always had an easy relationship with her punk past, and when her daughter was born, Albertine initially didn't tell her about her part in the punk revolution. Following the breakup of The Slits, Albertine briefly worked as an aerobics instructor before going on to film-making, acting (she took a lead role in Joanna Hogg's 2013 film Exhibition) and a solo recording career (debut solo album The Vermilion Border was released in 2012). When her autobiography was first published, with its frank reflections on (amongst other things) masturbation, sex, the punk ethos, IVF, and marriage, Albertine confessed to journalist Alexis Petridis that she worried "have I gone too far? I always go too far."

In a frank and funny conversation, Albertine reflects on the resurgence of feminism after the 'desert' of the 1980s, the vital role her daughter played in her decision to return to music, and the advantages of not caring too much what people think.

Young fussy eaters, The Kingdom of Women and Twelfth Day