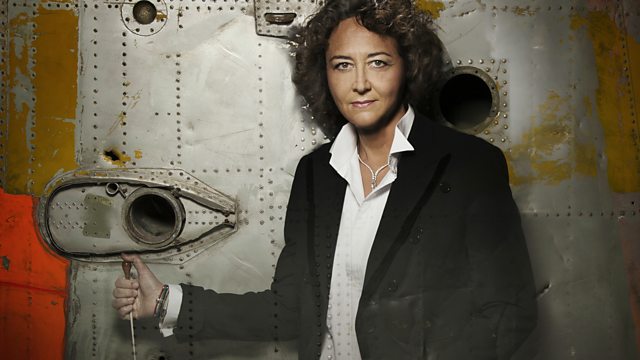 Tom Service is joined by contralto-conductor Nathalie Stutzmann and violinist-conductor Richard Tognetti. Plus the experiences of BAME composers in having their music published.

Tom Service talks to the French contralto-conductor Nathalie Stutzmann as she prepares for her debut with the London Philharmonic Orchestra. Her musical journey to the podium has been remarkable: from being known as one of the world's most sought-after contraltos, singing with some of the greatest conductors from Simon Rattle to Seiji Ozawa, and with orchestras like the philharmonics of Berlin and Vienna. Nathalie Stutzmann talks about how she finds musical and creative freedom in conducting and tells Tom about her first encounter with the great Finnish conducting guru, Jorma Panula, with whom she then studied. Tom Service also talks to the Australian violinist-conductor Richard Tognetti, who is the artistic director and leader of the Australian Chamber Orchestra. He talks to Tom about the bespoke projects, multi-media experiences, and fuse films like Reef, which he hopes will evolve the format of the orchestra and bring new audiences to the venues where they perform. Tom also discusses the experiences of Black Asian Minority Ethnic composers in getting their music published with composer Daniel Kidane and the Vice-Chair and Performance Music Director at Faber, Sally Cavender. He also talks to the composer Hannah Kendall about the research that she has just published into the audience that came to her opera, The Knife of Dawn, which is about the Guyanese writer Martin Carter.

Music in the Time of Our Lives

Mariss Jansons: How to build a concert hall