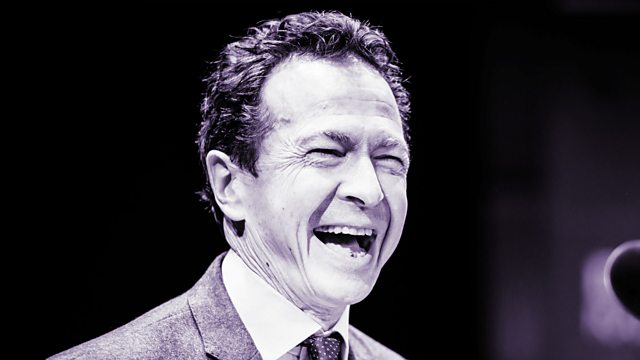 Harry Secombe has 10 bob left, so Bill decides to spend it on a racehorse. The fact that it only has three legs does not deter Sid from entering it in the Britannia Steeplechase.

The Missing Hancocks recreates those episodes of the classic Hancock's Half Hour that have been wiped or lost from the archive. Something else has gone missing in this episode from the second series - the lad 'imself, who had absconded to Rome. In 1955, he was replaced for the first three episodes by the Goon Show's Harry Secombe. In this recreation, he has been replaced by Andy Secombe - Harry's son. Not heard since then, this is a real piece of comedy history.

The first modern sitcom, Hancock's Half Hour made stars of Tony Hancock, Sid James and Kenneth Williams, and launched Ray Galton and Alan Simpson on one of the most successful comedy-writing partnerships in history. But 20 episodes of the show are missing from the BBC archives. Now, after two highly successful series, another five of those episodes have been lovingly re-recorded in front of a live audience at the BBC Radio Theatre.

Tonight's episode: The Racehorse. With Tony Hancock indisposed, Harry Secombe has 10 bob left so Bill decides to spend it on a racehorse. The fact that it only has three legs doesn't deter Sid from entering it in the Britannia Steeplechase.

Written by Ray Galton and Alan Simpson, and with the classic score newly recorded by the BBC Concert Orchestra, the show stars Andy Secombe, Kevin Eldon, Simon Greenall, Robin Sebastian and Susy Kane. The Racehorse was first broadcast on the 3rd May, 1955.

A Visit to Swansea

See all episodes from The Missing Hancocks 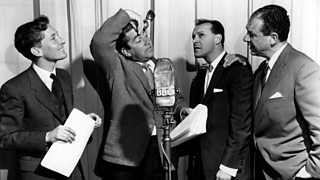 A selection of memorable moments from the surviving episodes of Hancock's Half Hour.