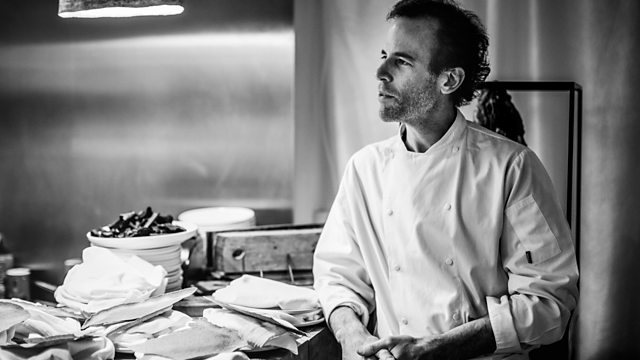 Series exploring the world of food. The influential New York chef and writer Dan Barber is in the UK on a delicious mission to change the way we think about food 'waste'.

Dan Saladino profiles the influential US chef and writer Dan Barber, author of 'The Third Plate - Field Notes on the Future of Food'. Originally with plans to become a novelist, Dan Barber opened his first restaurant, Blue Hill, in Greenwich Village in 2000 followed by Blue Hill at Stone Barns in 2004. He had early success as a 'farm to table' chef, but has since been on a journey, documented in his book but still ongoing, to reimagine the relationships between chef and farmer, landscape and deliciousness - and much more.

Citing flavour as a 'soothsayer', and a passionate advocate of the role of the chef in bringing about change in the wider world beyond the walls of the restaurant, he is currently in the UK with a project called 'WastED London' - an unusual temporary restaurant taking aim at the problem of food 'waste'.