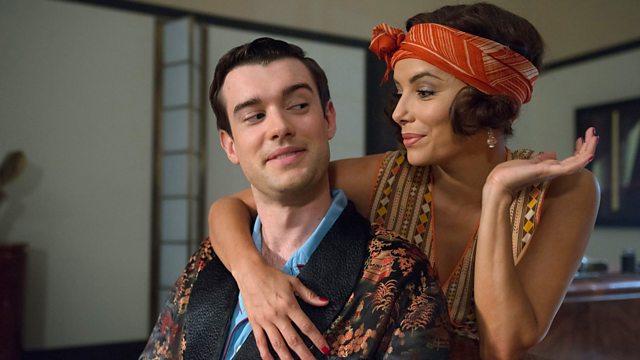 As a new TV adaptation is aired, Front Row discusses Evelyn Waugh's Decline and Fall; Adrian Mole at 50 - a look at his poetry; Hollie McNish on her play about women in football.

As Evelyn Waugh's classic first novel Decline and Fall has been made into a new BBC television series starring Jack Whitehall, we speak to its adapter James Wood and literary critic Suzi Feay and discuss how Waugh's distinctive but potentially offensive brand of satire plays for a modern audience.

Sunday 2 April 2017 is the 50th birthday of Adrian Mole, diarist, poet and would be novelist. In 1982 Leicester-born Sue Townsend took the publishing world by storm with her first book, The Secret Diary of Adrian Mole Aged 13 3/4 and became the best-selling author of the 1980s, with follow up volumes until her death in 2014. Adrian's poems are now published together in one volume, Adrian Mole the Collected Poems. Radio 4's Poet in Residence Daljit Nagra reads and discusses them with Stig.

A new touring play Offside focuses on the beautiful game and puts women centre stage. Poet Hollie McNish, who co-wrote the play, joins director Caroline Bryant to discuss their depiction of women, football, race, sexuality, and the politics of the sport across the centuries.

This year Australian artist Patricia Piccinini drew bigger crowds that any contemporary artist worldwide. While the Tate Modern in London remains the most popular modern and contemporary art museum in the world. Facts revealed this week as The Art Newspaper publishes its annual museum and exhibitions visitor surveys. Javier Pes, the papers' editor in chief, talks us through the results.

Image to the left: the Decline and Fall cast:

According to the Art Newspaper's annual survey, female artists such as Louise  Bourgeois draw big crowds to galleries.

Image: interior mirrors in Louise Bourgeois's  Unilever Series: I do, I undo, I re-do at the Tate Modern in 2000.