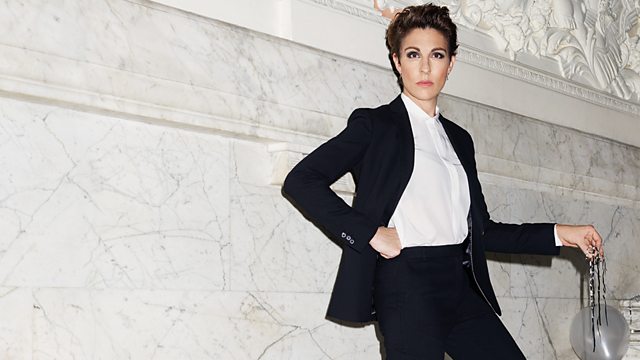 Tamsin Greig is currently on stage at the Olivier Theatre playing Malvolia in Shakespeare's classic comedy of mistaken identity, Twelfth Night. Tamsin joins Jenni to discuss the joys of making the classically male role a female one.

The last in the series where Cherry Healey speaks to other single parents. Today Meena's story. She explains why she was expected by her family to remain in an unhappy marriage and make it work, and what happened when she decided to leave and become a single parent.

Spotlight on Glass: the second in our series on the seven disciplines included in the Woman's Hour Craft Prize in partnership with the Crafts Council and The Victoria and Albert Museum. As the judges debate behind the scenes, whittling the numbers of applicants down to the twelve exhibitors, we take a look at glass in all it's forms. Jenni is joined by Julia Stephenson Head of Arts at the National Glass Centre, Sunderland and Cate Watkinson architectural glass artist (and tutor.

Cosey Fanni Tutti is the Hull born performance artist and musician, known as a founding member of notorious 1970s art collective COUM Transmissions and the ground breaking avant-garde music group Throbbing Gristle. She says, "my life is my art, my art is my life", and both have certainly pushed boundaries. COUM began in a commune in Hull in 1969 , making art so shocking the police ran them out of town, and in London she took up porn modelling and stripping to feed her art. Her work is now celebrated in a new exhibition in Hull in its year as City of Culture. She speaks to Jenni about her very non-conformist life.