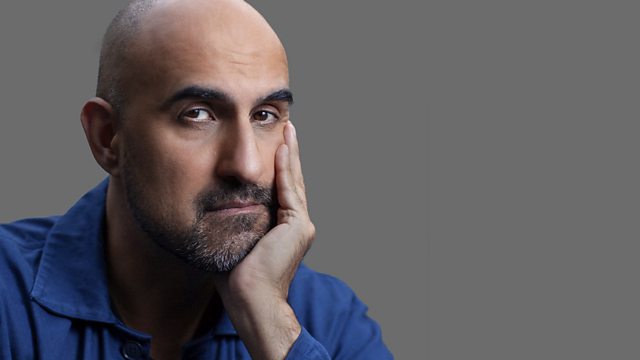 Hari Kunzru on his new novel White Tears, Bafta- and Oscar- nominated musician Mica Levi, Patrick Marber on his reworking of Don Juan in Soho, and changes to the Turner Prize.

The author Hari Kunzru discusses his new novel White Tears, about a pair of blues fans in New York who find themselves in very deep water, and the issues he now faces as a British Indian legal immigrant living in that city.

Mica Levi's debut film score for Under The Skin was nominated for a Bafta. Her second film score for Jackie was nominated for an Oscar. And when this classically trained musician is not bringing her sonic talents to the big screen, she's the lead singer of an experimental pop band, Micachu and the Shapes . Currently touring a live performance of her Under The Skin soundtrack, Mica joins John Wilson to discuss why listening to her instincts are her best musical guide.

Patrick Marber's Don Juan in Soho was a salacious and satirical swipe at the hypocrisies of society, and has now been revived a decade later with David Tennant as the hedonistic libertine. The writer and director guides us through the seedy, but increasingly sanitised, underbelly of modern London which inspired the play.

As it is announced that the Turner Prize is to scrap the rule that eligible artists must be aged under 50, art writer Louisa Buck, who was a jurist for the prize in 2005 discusses the move and considers which artists might have won previously if the age limit had not been in place.

Mica Levi: Under the Skin with the London Sinfonietta

Don Juan in Soho is at Wyndham's Theatre, London until 10 June