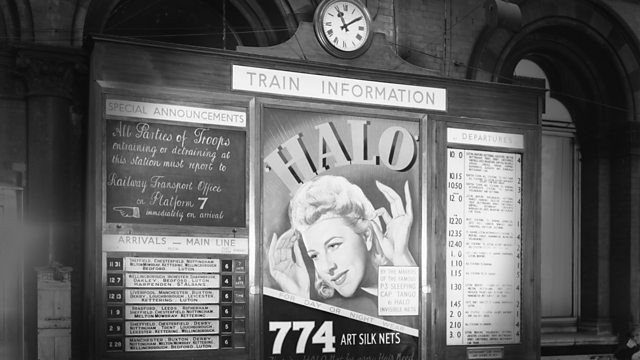 Why are so many women dying in custody? Single dad Ed tells his story. The changing portrayal of women in adverts. Online trigger warnings - are they a good thing?

In 2016 twelve women died in custody, the highest number since 2004. Two reports are published tomorrow investigating what lies behind this increase, one from the Prison and Probation Ombudsman, and one from the Independent Advisory Panel on Deaths in Custody. Juliet Lyon, the Chair of the panel joins Jane to discuss why deaths of women in custody are on the rise again. And, Sheila Waplington tells the story of her daughter Diane who took her life in prison three years ago.

Ed has brought up his son alone for the last sixteen years after the sudden death of his wife. He tells his story to Cherry Healey.

Trigger warnings are used widely in online feminist spaces, a short unmissable sentence warning readers that topics like abuse, rape or eating disorders are coming up in an article and might cause someone to have flashbacks. Their use has now moved into university lectures and reading lists too. But critics say that the well intentioned practice is being overused, that people aren't having their opinions challenged. Blogger Rachel Charlton-Dailey, Psychologist Terri Apter and Sorana Vieru, Vice President for Higher Education, National Union of Students join Jane to discuss.

Advertising has changed a lot over the decades. Gone are the days when ads for washing up liquids told women it would keep their hands as soft as the skin on their faces... We look at how women have been portrayed in TV adverts over the past 50 years with Lindsey Clay, the CEO of Thinkbox, and Aline Santos, Executive Vice President Global Marketing at Unilever. Jane asks them how adverts are moving away from old female stereotypes and what's replacing them?

Cherry Healey and Single Parents, the Kingdom of Women in China

How do you deal with a fussy eater?

See all clips from Women in adverts, Deaths of women in custody, Trigger warnings, Single dads. (3)